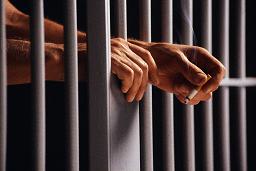 SULLIVAN COUNTY, Tenn. — We found a man who knows a lot about break-ins and what burglars look for. He’s a convicted burglar serving time for his crime who offered some tips on how to keep yourself safe.

It’s a sign of the times — tthe number of home burglaries is up in Sullivan County.

Bobby Akers is doing time in the Sullivan County Jail after being convicted of aggravated burglary. Akers tells us, ”I was just looking for anything I could use to sell.” Akers says he’s going to change his ways when he gets out in September.

We wanted to know what burglars look for. Akers says the first place he’d head was the bedroom. “That’s where they would keep jewelry boxes safes, money stuff like that,” he said.

Security systems are a good way to keep your home safe, but it’s also a good idea to have a sign outside to let people know you have a security system. Akers explains, ”I broke into this place one time and as I was going up to it. It said ‘security device alarmed’ and I did not mess with it. I left and walked away.”

Sullivan County resident Don Lofgren knows a thing or two about protecting his home. A retired police chief, Lofgren has seen first-hand what burglars can do. That’s why he keeps his house well lit. “I have motion lights around the house,” Lofgren said. “If you walk around the lights on the landscape lights are on timers so they’re popping on and off at different times.”

Another idea is to invest in good locks. Akers says it’s not hard to pop a lock open, so get the best ones available. Even lock storage sheds to keep tools and expensive equipment protected.

If you’re heading out of town make it look like someone is still living there, cut off mail and newspaper deliveries and keep lights on timers. Lofgren adds, “I alert my neighbors to the fact that ‘ll be away and neighbors watching neighbors is one of the best security systems you can have.”

Akers and Lofgren agree having a dog or two is always a good deterrent and can help keep your home protected. Bobby Akers said if he heard a dog barking in a house, “I ain’t going to go around it.”

Neighborhood watch groups also help cut down on burglaries. If you’re interested in forming one, call your local police department or sheriff’s office.