Our products are the BOLT BUDDY and related accessories which strengthen and protect the weakness of the door jamb, door, deadbolt and hinges. These products are revolutionary on the market and prevent the burglar easy access by kicking and prying the door. The two steel bracket system is bolted from the inside to the outside of the door jamb. This system acts like a vise equalizing the stress of an attack over the entire door and door frame, helping to prevent the splitting of doors and door jambs. The sturdy BOLT BUDDY has SECURITY inscribed on the outside plates which also act as a visual deterrent.
The BOLT BUDDY is available in many different colors to match existing hardware.The BOLT BUDDY is highly recommended by Security Professionals.

Security Film for your Windows 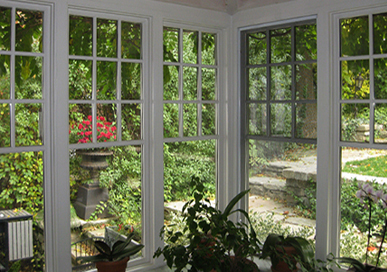 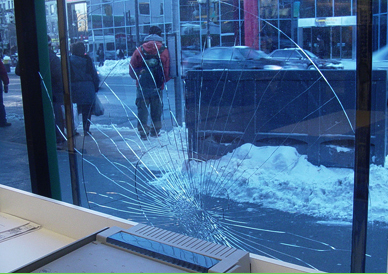 What is Window Security film?
Window security film acts as an invisible shield protecting your glass windows and doors against smash and grab burglary and other forms of impact.

Glass windows and doors are the most vulnerable part of your home or office. Upon impact ordinary glass shatters leaving an entrance for intruders. In contrast, when security film is installed intruders cannot readily penetrate the glass. Usually when intruders realize that glass is fitted with security film they become discouraged and quickly flee the scene.

Why Window Security film?
Windows are the most vulnerable part of your home or office. According to Crime Reduction Canada, a third of all break-ins are through a window. The longer it takes a burglar to break-in the more likely it is that he will be caught. Window security film acts as an invisible shield protecting your windows. When an intruder attempts to smash your window with a rock or another burglar tool and realizes that he can't break-in, chances are he will leave.

What Security film should I use?

There are two types of window film that we generally use. One is 8mm for residential applications and the other is a 12mm for commercial. The 12 mm can be used for residential as well if the customer wants maximum protection.

Glass Protect 12 mil security film is typically for offices and commercial properties. The security film is competitively priced and durable. It has proven itself extremely effective against smash & grab burglaries.