Below is an example of how a scam locksmith company works. Here they created an entire website to make people think that they are us. They used our entire name and even copied and pasted parts of our home page. They then supply their own phone number. They even tell customers when they show up that they are us. I have talked to several other locksmith companies in Calgary and one of them said they came in to their store and grabbed a business card. They then made up fake business cards and invoices and gave them to clients. We have reported the below website to the RCMP, but as you can see they are still in operation. 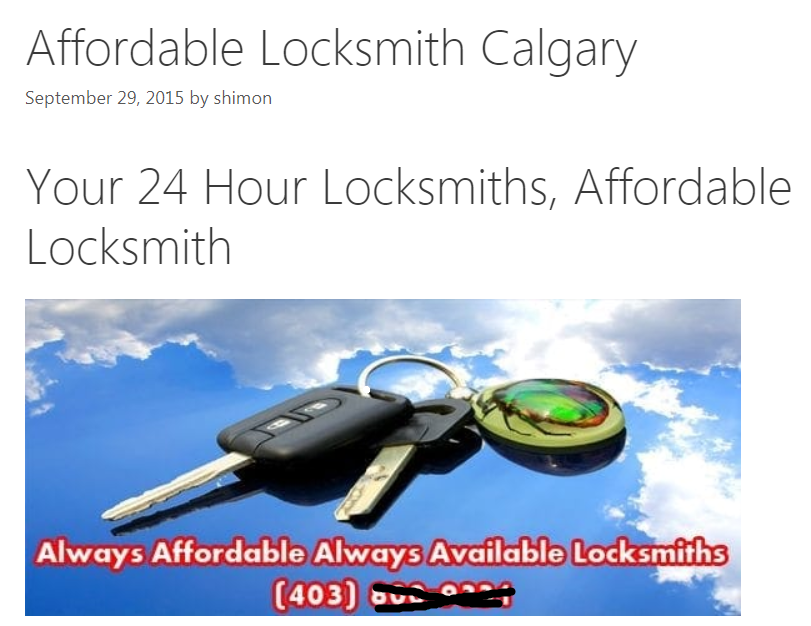 You may have a simple lock, but when you don't have the key, you have a problem.
A new epidemic is spreading across North America. I’m not talking about Zika virus, but about fake online locksmiths who extort money from people who just want to get that door unlocked — and aren't always in the best position to negotiate.

Here's how the scam works

Shady businesses known as "lead generators” create hundreds of websites for locksmith companies that don’t exist, sometimes with photos of storefronts that don’t exist, and submit local business listings to Google. Once the listings are in the system, the scammers will use thousands of fake Google accounts to write fake reviews, claiming the locksmith does good work and is affordable. (The New York Times first wrote about the problem in 2011 under the clever title “Picking the Lock of Google’s Search.”)

When you, the unsuspecting customer, realize that you’ve locked yourself out of your house or car and search Google for a nearby locksmith, the results that pop up on Google Maps will include many of these fake locksmiths. When you call the number listed (or if you click through to the website), your call is transmitted to a call center operated by the lead generator, often outside of the country. The person on the other end of the line will quote you a low estimate, and then route your request to a sub-contractor in your area.

In some cases, the person who arrives at your door will not be a real locksmith and may fix the problem by drilling the lock, which destroys the lock and creates a bigger bill. The sub-contractor may say the job was more complicated than expected, often asking three to 10 times more money than the original estimate, betting that most people will simple pay the bill and get on with their lives. 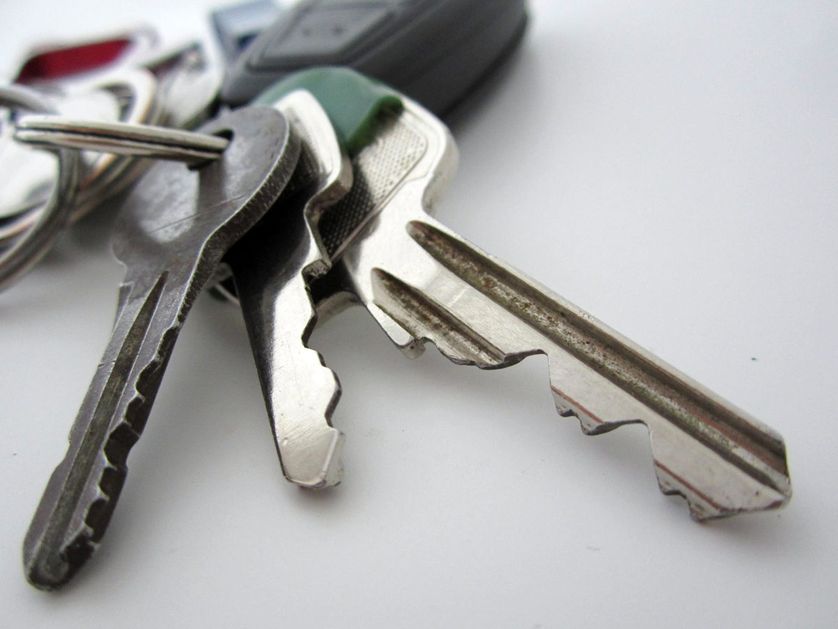 If only you hadn't forgotten your keys. (Photo: Danny Nicholson/flickr)

Why isn't Google doing something about it?

This online racket has been known for a while, but there’s still a lot of deception going on, as documented by David Segal in this more recent NYT story: Fake Online Locksmiths May Be Out to Pick Your Pocket, Too.

Google has counter-measures to detect fake listings, but the business of tricking the system is so lucrative that the “lead generators” who pose as local locksmiths are able to submit new fake listings faster than the old ones can be cleared out, constantly finding new high-tech ways to trick the search giant.

So, it's best to be on the lookout.

How to spot a locksmith scam

The Society of Professional Locksmiths has made this video to explain what locksmith scams are and how to avoid them:

Here are some signs of the scam to be on the lookout for:

Keep your antenna up for some of the signs above when dealing with these and other types of businesses prone to this sort of setup.

How to find a real locksmith

The best way to avoid a scam is to find a real locksmith before you actually need one. Go to a real store location or ask your friends for recommendations. Add the contact info to your phone in case you ever need their services. Even if you can’t go in person, if you keep the warning signs above in mind, you can usually tell just by talking on the phone who’s a real professional and who’s a dispatch for hundreds of fake companies.